Quiz: Dealing with a horrible boss 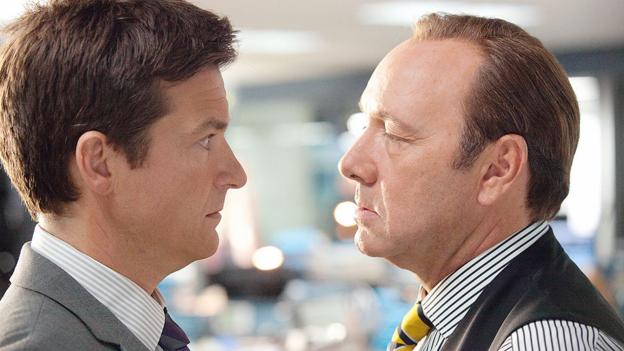 There’s nothing worse than a horrible boss. (Warner Bros.)

Most of us, at some point in our careers, have experienced a bad boss. These terrors demoralise employees, walk around with an ego the size of Russia and make colleagues cringe as soon as they in the room or bellow down the hall.

Yet are these bosses truly ineffective managers? Perhaps the “bad boss” syndrome is merely a personality clash between the head of a team and the employee.

We turned to question-and-answer-site Quora for some advice onwhether bad bosses exist.  Here’s what some respondents had to say.

“Oh, there are bad bosses. In fact, there are mostly bad bosses,” wrote Al Nelson. “They tend to be angry overbearing alphas or narcissistic overconfident alphas who lead by violence or charisma.”

To be a good boss takes some character, Neville continued. “It doesn’t mean that you are perfect but that you have a few basic things like integrity, compassion and professionalism. Ultimately, the company reflects the personality of the person who runs it.  If that person is a devious, conniving, arrogant jerk, you’ll find that he produces a lot of bosses under him that are the same.”

Traits to watch for

So what defines a bad boss? Jeff Schaffzin offered a simple definition: “A bad boss is a boss who you can’t stand working for (and chances are she or he feels the same way about you).”

Still ,there are certain personality traits that some employees find unacceptable, while others are unfazed. “For example: Is your boss a micromanager? For some people, they crave structure and someone to spoon feed them. Others (myself included) like having the ability to be given the opportunity to come up with my own solutions and show them off.

When you’re the bad boss

Not every boss is a good boss to everyone, said Ashwin Ramesh, who has hired hundreds of people and fired a bunch of them over the years. If you hate your company, chances are that you actually hate your boss, he said, admitting that he’s been called a bad boss before.

“If you have a boss that shouts, he sucks,” Ramesh said. “I used to be a shouter, but I’m no longer one. That’s something I’ve learnt from the years. Shouting accomplishes nothing and all you’re doing is making someone feel very bad. If your boss is a shouter, he’s probably immature (like, I was), or worse still, has mental or personal problems.”

Ramesh defines a bad boss as “someone who:

“Bad bosses exist, and they are a major liability for companies” he added, “but by the time they’re discovered, it’s too late and companies have already lost a lot of great employees.”

Some may argue that “fear-driving bosses are good and that they push their teams to results (think Steve Jobs),” wrote Ross Matthews. “Tactics may include tight deadlines, unreasonable results and even threatening one’s job. However, the research says that these harsh methods of leadership may not be that effective. They lead to poor choices, lack of creativity and the expectation of a negative outcome.
“If you treat people like they’re doing a bad job, they’ll probably do a bad job,” Matthews concluded.

So what do you do?

According to Schaffzin, you have three choices: suck it up and accept it, quit or stand up to your boss and accept the ramifications.

You can also ask to be transferred to a different department within the company. “Pick a calmer beta, that is capable of creativity and introspection,” said Nelson “They have always been required to lead from a position of competence and ability.”

Neville agreed: “If you have the good fortune to be at one where there’s a good leader, you’ll find that the company is filled with good leaders. I believe that good leadership and the establishment of a good company culture is the secret ingredient behind a company that is wildly successful beyond all of the predictions.”

Test how you have acquired this lesson!

Back to
Login
Accessing this course requires a login. Please enter your credentials below!
Lost Your Password?