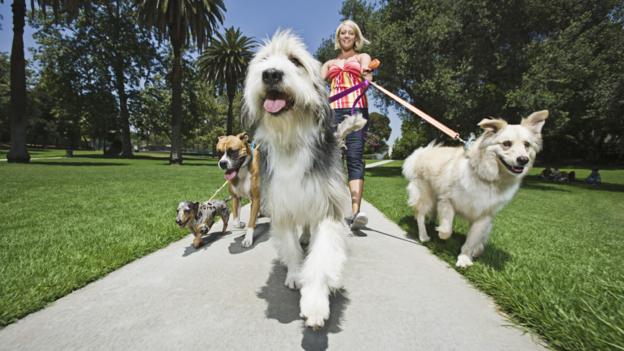 Growing up, your parents may have encouraged you to become a doctor or lawyer, careers that elicited prestige and, quite often, were equated with very high pay. But it turns out that your childhood dreams of becoming a carpenter or a crane operator may have served you equally well—or better—financially.

We turned to question-and-answer-site Quora for a look at the jobs most people assume don’t make a lot of money but, in reality, pay very well.

No experience? No problem

Here’s what respondents in-the-know had to say about the unexpected  jobs that pay big.

According to opera singer David Leigh, one of the best paid jobs is that of a theatrical carpenter in New York City.

Indeed, often the highest paying positions are protected by union contracts, David S Rose pointed out. “The guy who operates the hoist (the outside elevator) on a construction site in New York City,” is extremely well paid, Rose wrote. “While it looks like all he’s doing is pushing a button to make the lift go up and down, and while in fact that may be all that he is doing, a combination of factors … makes him the highest paid person on the entire construction site (including all of the superintendents and managers on the job!) We’re talking about hundreds of thousands of dollars annually.”

Similarly, crane operators carry high earning potential, according toNimish Pratha. “If you live in a city that has a lot of high-rise construction projects, like New York, you could make $500k a year (New York City Crane Operators Top $500,000 in Pay, Benefits),” Pratha said. “However, crane operation is a ridiculously difficult and stressful job, as you can probably imagine,” pointing to an article titled. A crane operator explains risks, joy.

The chores we don’t want to do ourselves

There are jobs, however, that are well paid that are neither dangerous nor unionised. They are successful, perhaps, because they fill a service niche and offer peace of mind.

A good dog walker, for instance, can make a mint, according to Aaron Boodman. “Our dog walker charges $25/session,” Boodman wrote. “He takes up to eight dogs walking at a time (soon to be the legal limit in my city), twice a day. That’s $96k per year, much of it in cash. Once he’s picked up and dropped off all the dogs, each run to the dog park takes about three hours round trip. So his workday is about six hours.”

One anonymous pool boy said he made more than $60,000, plus tips, for just six months of work. “I would charge a customer $40 a week to keep their pools clean and all the chemicals balanced. This usually took me about 45 minutes a trip,” he wrote.

“I would typically only have to visit the pool once a week so I could do many pools in a week. For about five years I maintained roughly 10 pools a day, six days a week for six months out of the year…I was making good money for an 18 year old with no college education.”

Many companies will train employees on the job. Lucas Mund spent a summer in college working at a local burger chain. “My 19 year-old boss was taking home $35,000/year with benefits,” he said. “Plus they train you on the job for free. She told me that she was on track to be a regional manager by the age of 30 and would make 100k by then.”

Working your way up to store manager has its perks. According to Murray Godfrey a Wal-Mart store manager “of a store in a moderate-sized locale can easily make $200k plus bonuses based on sales.”

Katie Nellis said managers of Walgreen’s drugstores in the US “often retire in their 40s.”

And there are jobs that succeed purely because they offer clients a feel good factor, like spiffing up our tresses.

In India, hair dressers can earn more than employees in the software industry. During a recent visit to the salon, Karteeka Gosukonda starting discussing salaries with the stylist.

“He said he was quite baffled that being in the… software industry we make less than him,” she wrote. “He went on to explain further that as a junior hair dresser in the salon he makes around 90,000-100,000 Indian rupee per month easily. And on particularly favourable days, he makes 30k Indian rupee in a single day,” equivalent to $500 per day.

She added: “Our ideas of high-paying, ‘elitist’ software industry [employees] were shattered that day!”

Back to Lesson
Login
Accessing this course requires a login. Please enter your credentials below!
Lost Your Password?