The real magic words in the workplace 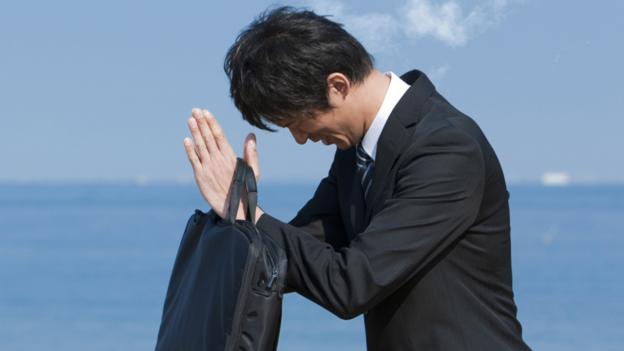 Gordon Nixon, chief executive officer of Royal Bank of Canada, apologises for not being more sensitive to employees, whose jobs are being outsourced, and says they will be offered comparable positions within the bank.

Tim Armstrong, CEO of AOL, acknowledges to his staff that he made a mistake when he publicly fired an employee during a company conference call and apologises to the ousted individual.

The ‘extra something’ bosses want

Gregg Steinhafel, CEO of Target, says he is genuinely sorry that a corporate political donation upset the retailer’s gay and transgender employees.

Some managers said they don’t apologise because they don’t want to look weak or incompetent.

To repair damaged relationships with employees, these executives decided to say two of the toughest words for many bosses to utter: “I’m sorry.” Such mea culpas seem to be more common these days, partly because of the growing likelihood of a public uproar on social media when companies slip up.

Whatever the motivating factor, contrition is good for more than just the soul. Apologies can help restore a manager’s credibility after a damaging error, and they also can inspire greater trust in management at a time when many workers are feeling disillusioned with employers.

For example, about a third of UK employees characterise trust between them and senior management as weak, according to a study this year by the Chartered Institute of Personnel and Development, a human-resources organisation in London. Similarly, a global study by Forum Corp, a Boston-based consultancy, found that about one-third of workers trust business leaders less now than in the past. The managers in the survey were even more pessimistic: 43% said they believe employees trust bosses less now.

Honesty clearly is the cornerstone of trust, and that includes owning up to mistakes and apologising. Some respondents to the UK study said they would admire leaders if only they admitted their mistakes.

Beyond engendering trust, acknowledging an error and making amends can encourage greater openness throughout an organisation. “When leaders admit mistakes, its shows they’re human and vulnerable, and it makes it safe for others to talk about their mistakes, too,” said Dennis Reina, president of the Reina Trust Building Institute, a consulting firm based in Stowe, Vermont.

How common are apologies from bosses? It depends on whom you ask. Many employees believe managers don’t take responsibility for their screw-ups and don’t express regret. Only 19% of employees said their managers often or always apologise. But managers have quite different perceptions of their behaviour: 87% said they often or always say they’re sorry. But some managers said they don’t apologise because they don’t want to look weak or incompetent.

“When a leader makes a mistake like lying or taking credit for another employee’s idea and doesn’t apologise immediately, it begins to chip away at the trust the employee feels towards them,” said Andrew Graham, CEO of Forum. “This is true even if the employee observes this behaviour in his or her boss and isn’t the direct victim of the incident.”

Failing to apologise can cause more damage than loss of trust. Reina recalled a client that had an employee who became extremely frustrated when his supervisor refused to apologise for “raking him over the coals in a team meeting.” In retaliation, he disclosed a customer’s proprietary information on the internet, which resulted in litigation and the loss of a $10 million contract, Reina said.

“Most times, people just say I’m out of here in such situations, but sometimes an employee is hurting so badly he wants to get even,” he said.

The refusal to ‘fess up to mistakes can poison the relationship between supervisors and their subordinates to such a degree that it may even contribute to depression. A study in Denmark found that it isn’t a burdensome workload, but rather feelings of injustice that lead to depression.

“An important element of what we call relational justice is when supervisors treat employees with consideration and truthfulness,” said Matias Brodsgaard Grynderup, a researcher who works in the public health department at the University of Copenhagen. Consequently, he believes admitting mistakes and apologising would make the workplace seem more just.

When to hold back

Of course, business leaders shouldn’t apologise for every misstep and risk appearing ineffectual and losing respect. “Bosses should focus on apologising for mistakes in which they were genuinely in the wrong and there was some type of business consequence,” Graham said.

It’s also wise to apologise clearly and sincerely — but concisely. After taking responsibility for the mistake and pledging to do better in the future, managers should move on and avoid dwelling on the issue.

Employers also shouldn’t expect apologies to work magic in every situation. They may not be very beneficial when office relationships were already badly strained before the mistake occurred.

“If the management enjoys high levels of trust from workers, then apologising is a good idea and more likely to be believed” and lead to forgiveness, said Jin Li, an assistant professor of management and strategy at the Kellogg School of Management at Northwestern University, who has studied trust issues in the workplace.

“When the existing level of trust is low, apologising will be less effective, and its benefit is likely to be smaller than the cost of being perceived as weak and incompetent,” he said.