The Duke and Duchess of Cambridge took Prince George on the first official public engagement of their 19-day tour of New Zealand and Australia.

The royal couple met fellow new mothers and fathers at Government House in Wellington along with not-for-profit childcare organisation Plunket.

The parents were selected to reflect the diversity of New Zealand society.

Eight-month-old Prince George appeared to remain calm even though there were tears from some of a similar age. 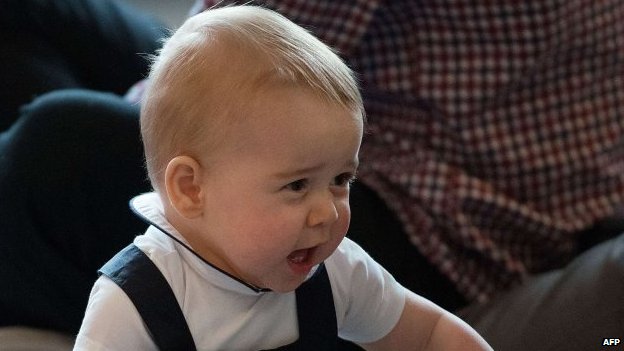 All the babies were born within a few weeks of George’s birthday, 22 July 2013.

He behaved like someone who expected to get his own way.

George was “intrepid” according to one of the parents of one of the other babies in the room. That sounds a touch on the diplomatic side. More accurately it would seem that the eight-month-old third in line to the throne treated his first “official engagement”, meeting a specially selected “play group” of 10 other babies of a similar age, as an opportunity to show that he wasn’t to be messed with.

He crawled with confidence; adopted a proprietorial attitude to toys and generally showed – in the words of one journalist who witnessed it – that he is something of a “bruiser”.

It must run in the family. There was a time, when he was a small boy, that his father was known as “basher”.

George went on a crawl-about with other children in the Blandor Room which had a large portrait of his great-grandmother, the Queen.

Prince William and Catherine chatted informally with the parents of 10 babies, including a pair of gay fathers and a single mother.

Catherine watched on protectively as William chatted to some of the other parents.

The duke joked: “It’s madness, there are babies everywhere.”

The idea was to give the royal couple the chance to introduce the young prince to the world in a less formal way than usual. They also had the chance to swap experiences with other first-time parents.

Jared Mullen, whose daughter Isabella was among the group, said afterwards: “He is a lovely little boy, very intrepid.

“The whole thing has been a huge privilege.” 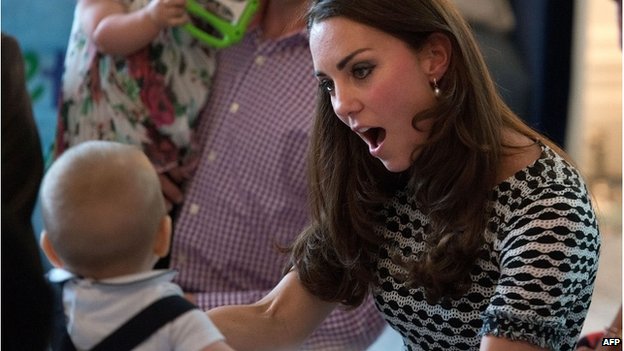 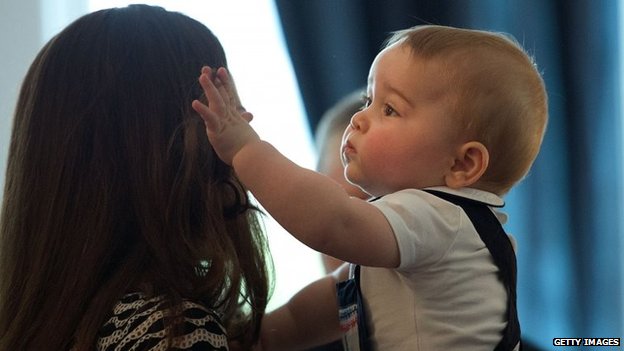 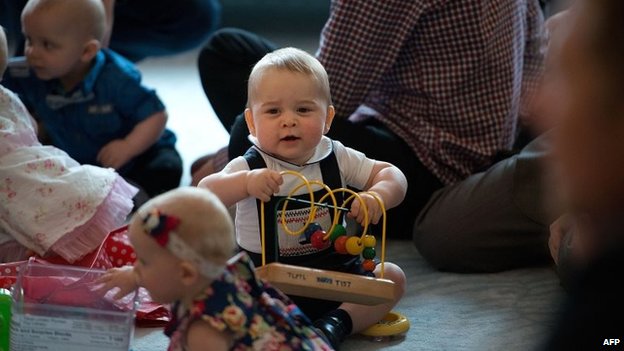 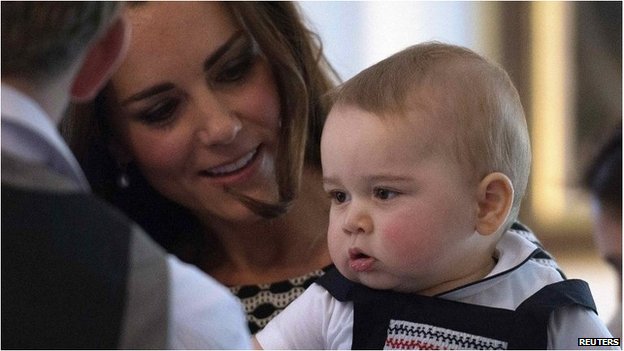 Tristine Clark, New Zealand president of Plunket, said: “The parents are a spread of all the communities in New Zealand, including Maoris, Samoans, people of Chinese descent and gay couples.

“This is a very multi-cultural country and we wanted the duke and duchess to meet people from all backgrounds.”

Childcare worker Sheila Lemalie, who had brought her baby son TJ to the playgroup, said: “It was a very special time. We had a chance to cuddle George – he is very strong and very advanced.

“We talked to the Duke and Duchess about parenting – and to the Duchess about her role as both a mother and a royal. She said she was lucky to have help with George from her family and her friends.

“Prince William said he supported his wife by giving George his bottle at night and putting him to bed.”